Research conducted in partnership with the Heinrich Böll Foundation Brazil sought to examine the importance of religious actors in the national political scene based on the strategies articulated by evangelical leaders, and whether it was linked, or not, to the political party life in Brazil.

For the study, we chose two recent episodes of national impact: The treatment of abortion in the 2010 presidential campaign and the case of the “anti-homophobia kit” or “Gay Kit”, the educational material that was part of the School Without Homophobia Program, created by the Ministry of Education and designed to combat homophobia in public schools.

In 2003, the project researchers launched the publication “Religion and Politics: an analysis of the actions of parliamentary evangelicals concerning women and the LGBT population in Brazil”, bringing together a broad analysis of the data gathered from the survey. The book aims to become an important support tool for future research in this field, providing a view of the presence of evangelicals in Brazil, the heterogeneity of these actors, and their political positions from state mechanisms such as parliamentary action. 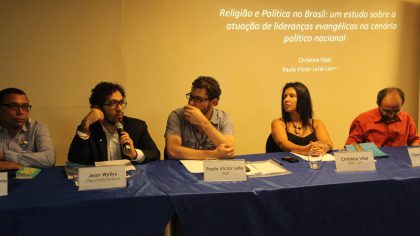 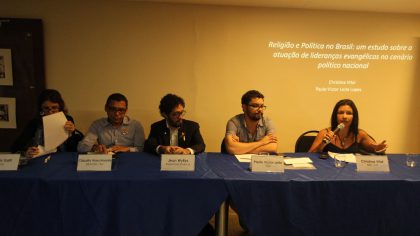