As a civil society organization that acts on and produces knowledge in the field of Human Rights, ISER has participated in debates and initiatives focusing on the themes of memory, truth, and justice while focusing special attention on strengthening democratic political processes. Among them, we highlight the monitoring of the National Truth Commission (NCT), a body created by the federal government to investigate and shed light on the grave human right violations practiced during the civil-military dictatorship (1964-1988).

Ensuring dynamic democratic and transparent functioning of the NCT depends largely on the active participation of civil society. So it is very important to devise mechanisms for monitoring the work of the commission in order to ensure a legitimate project of construction and reproduction of the historical truths of Brazil’s history. It works towards justice for those who suffered direct repression during the struggle for democracy, while at the same time, promoting reflection and questioning of contemporary society that, on many levels, has not divorced itself from a history of institutional violence.

In this way, ISER has accompanied the work of the NCT since its founding. Two semi-annual reports were produced by ISER in March of the commission’s first year seeking to demonstrate its function and shedding light on both the progress it has made and the challenges it has encountered.

Approaching the design of a subject field in which ISER has a long history of production, it has also introduced a cycle of debates about the role of religions in dictatorships as actors of resistance and repression. It was designed as “RE-VIEW Truth, Justice and Memory,” an online publication that aims to increase the visibility and critical debate about this important theme. 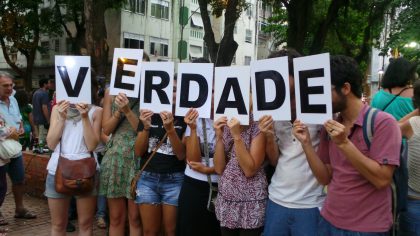 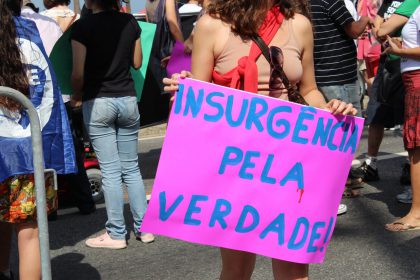